skip to main | skip to sidebar

I've been knitting some new designs in hats and scarves for Autumn. 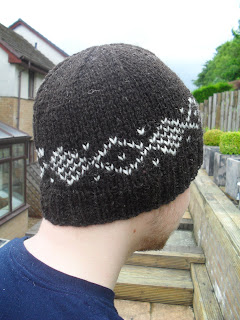 Natural Black hat with Ecru pattern (£8)
I've knitted my basic men's beanie with simple Fair Isle patterns, an example of which is shown above.

I've also produced several variations of my slouchy hat pattern (the four below are all £9.50): 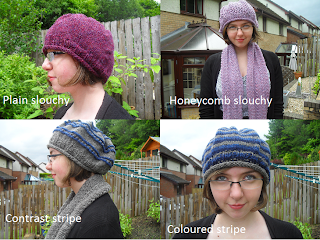 I've designed a new scarf pattern, suitable for both men and women. You can see a close up of the stitch pattern in this photo - a work in progress, hence the cast on yarn just visible on the right (yarn: Woodland). These are £18. 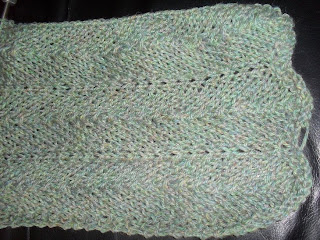 The same pattern has been used in the Clematis and Pebble coloured scarves shown in the slouchy hat photos above.

Finally, by using DK yarn instead of Aran, my honeycomb slouchy hat now comes in a size suitable for older babies / young toddlers. Mother and child can have matching hats! The one shown below is in New Lanark Denim DK. This version is £6.50. 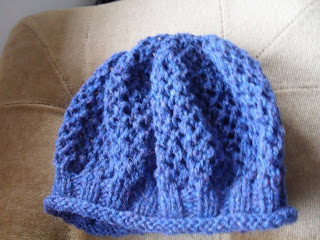 I update the Baljaffray Handknits Facebook page regularly with photos of new designs, news and information about upcoming craft fairs.